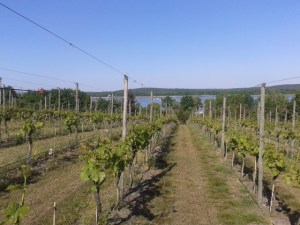 Yesterday, I cycled to a little vineyard run by the family Lindicke in Werder, just outside Berlin. The north of Germany is hardly known for wine making, let alone for good wine making. The vineyard in Werder, however, forms a pleasant surprise. 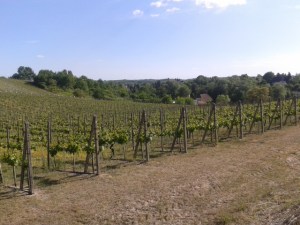 First surprise: it’s really hilly, I have to get down my bike and push. This never happens in this region! Second surprise: the wine really is great!  Third surprise: the region Werder belongs to the wine region Saale-Unstrut which is a reknown region but actually much much further south. Werder is thus the most northern area recognized for making quality wine in Europe. 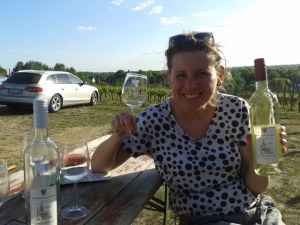 How was the wine then? It was lovely. I tried three whites and a red. The whites were all from last year, 2014: Müller-Thurgau, Cabernet Sauvignon and a Kernling. Wondering what a Kernling is? So was I.

The Kernling grape variety is a cross between the Riesling and Kerner grape varieties, hence Kernling. It is not very common throughout Germany but the most popular region for the Kernling is 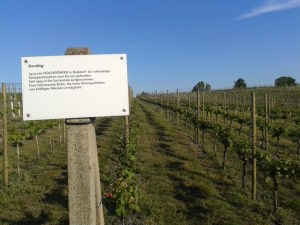 actually Saale-Unstrut. So if you want to taste this unusual and not very common variety, this is your place! I  was surprised to see that it tasted very fresh and fruity and I enjoyed it immensly. I will definitely come back for more Kernling.

After the Kernling, I was invited by a couple to join their table. And with them I tried the other whites and the Dornfelder. The Dornfelder, a red variety, isn’t usually on my favourites list. But this Dornfeler  was light and had soft hints of wood and blues berries in it. A great pleasure, also for summer temperatures! 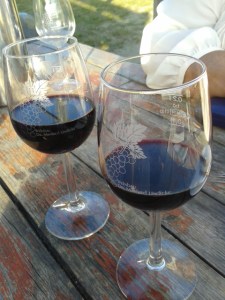 The vineyard has got an outside winebar, which is called Straußwirtschaft in other parts of Germany, with beautiful views of the vines and the setting sun. It is run by the family Lindicke and you can see the wine maker and his wife buzzing around and making people feel comfortable. At the end of the day, I was lucky to be sitting with the family and their friends talking about the joys and challenges of wine making so far north. What made me very happy was to see how much passion everyone was putting into their work to make great wines but, and this was important to the family, with a down-to-earth attitude.

Getting there and back 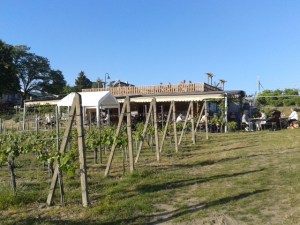 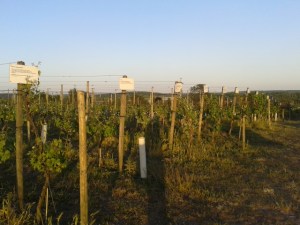 It’s easy if you like to ride a bike. I strongly recommend hopping onto the Havelradweg at any point from Berlin or Potsdam. The scenery is breathtaking and leads you through forests, along little secluded beaches of the Havel, castles on the way to Potsdam and traces of the German-German history, such as the Glienicker Brücke. From Potsdam it is 16 km along the Havel to Werder. In Werder there is a train station that takes you back to Berlin in roughly 30 minutes. After some wines this is what I recommend!